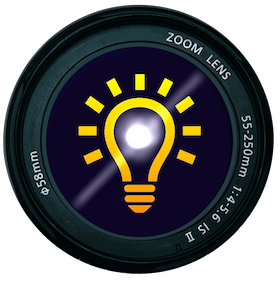 Refer to these questions and answers if you are having any problems using preFlect.

Where is My "FlectEvents" Folder on Google Drive?

After running preFlect v1.3 or above, I can no longer see my "FlectEvents" folder on Google Drive.

If you were running a previous version of preFlect v1.2 or below, which used a folder named "FlectEvents" on Google Drive to store published event information, this folder will be automatically upgraded to the new folder naming convention used by preFlect v1.3 and above.

This upgrade happens when you first run the newer version of the App.

For more information on the new folder naming convention used by preFlect, please refer to How preFlect uses Google Drive.


Why Can't Analyze Detect Any Event Information in a Photo?

You received a copy of a photo that you previously flected. You can see the flect ID in the photograph, but analyzing the photo fails to reveal the original event information captured when the photo was taken.

While flecting photographs, make sure that you hold your phone or tablet steady, so the flect ID can be captured clearly into the photographers photo. In addition, the photographer has to have taken a steady shot. This is usually a given when someone wants their photo to be clear. For more information on flecting, refer to flecting.

The flect ID is either overexposed (too bright), or underexposed (not bright enough) in the original photograph, relative to the surrounding level of light. This prevents the flect ID from being captured clearly in the photograph, and subsequently prevents it from being parsed during analysis.

The flect ID was successfully detected and parsed from the photo, but the additional information it references is not available. This might be happen if you don't have an Internet data connection, or you have not yet published the event information. For more information, refer to publishing event information.

While flecting photographs, make sure that you hold your phone or tablet steady, so the flect ID can be captured clearly into the photographers photo.

The flect ID is not being captured clearly in the original photograph, because a screen protector or privacy filter is interfering with the ability to clearly display the flect ID. Glare from screen protectors, and the inability to view your phone from an angle while using a privacy screen can prevent the flect ID from being captured clearly in a photograph, and subsequently prevents it from being parsed during analysis.

If using a privacy filter, holding the phone or tablet as perpendicular as possible to the photographer will help maximize the clarity of the captured flect ID.

Matte vs. gloss screen protectors can help reduce the glare on your device display while flecting, which prevents distortion of the flect ID.